We think of confrontation as an aggressive thing, but it shouldn’t be a defensive maneuver or a counterattack. A healthy, fruitful confrontation is marked by empathy, calm and commitment. Also: a smidgen of hostility. But only a smidgen.

The first thing is: This is up to you. Not your boss. Not HR. Confrontation is all or nothing. If you’re not committed to the full scope of the confrontation—the preparation, the conversation and the follow-through—then you’re not confronting, you’re just driving the wedge deeper. Anyway, bosses can cause more problems than they solve.

“Bosses do not like to step in. And frankly, when bosses do step in, they often have their own agenda, which may be to get this fixed and done with quickly,” says Jeanne Brett, director of the Dispute Resolution Research Center at Northwestern University’s Kellogg School of Management. “If you want a creative solution, a solution that you’re comfortable with and that’s going to build a better relationship with your counterpart, you need to do it yourself.”

But keep in mind that there’s a good chance the offender doesn’t realize there’s a problem at all. “It’s really hard for someone to know that they’re bugging you if you don’t tell them,” says Sam Shank, CEO of booking app HotelTonight, who had to confront a colleague about communicating too much and about the wrong things. “I started getting a lot of text messages with really detailed product feedback. I’m a product-oriented CEO, but I don’t get involved at that level of detail. I got on the phone and said, ‘I need to operate with you at a higher level.’”

So, plan what you’re going to say, but don’t script it out. Speak calmly, but not robotically. Like you would if you weren’t addressing a difficult matter. Point out the way you may be contributing to the problem. Don’t frame the problem as something the other person should deal with. Frame it as a problem that the organization has to deal with. This situation doesn’t revolve around the other person. It doesn’t revolve around you, either. It revolves around the organization.

A few words about empathy

“The whole idea of any kind of conflict management is to understand why the person is doing what they’re doing that’s driving you crazy,” Brett says. “You can often solve the problem or learn to tolerate it or generate a work-around.”

Try and cool down a bit. Take a breath. Now check your assumptions. Try to see things from the other person’s perspective. Ask yourself if you’ve had any role in the offending behavior, even indirectly. I mean, could it possibly be true that your own actions have contributed to the behavior you’re objecting to? If so, you need to acknowledge your role.

Now, what exactly is the problem? Define it. Go ahead, say it out loud.

OK, now say it again, but don’t use words like always and never.

OK, now say it again, but don’t use words like Can you believe this guy?! And He’s always been out to get me! And It was my juice cleanse! He just threw it out! My name was on it! Clearly marked!

This exercise helps people like us recognize an essential truth: We are not right. We just aren’t. The other person is not wrong. The truth is somewhere in between. Always. 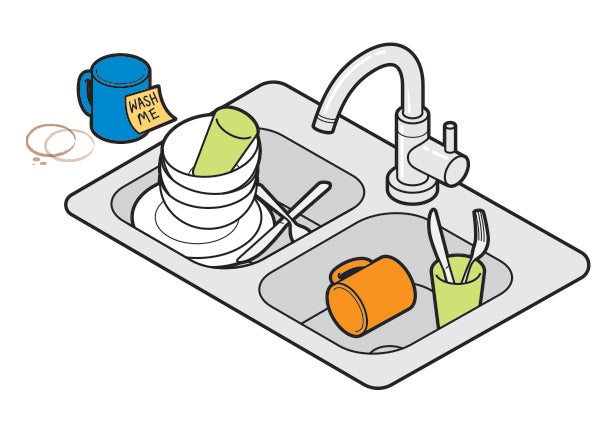 The only thing worse than a sour expression during a confrontation is a smile, which is an insult to the topic at hand and to the person you’re smiling at. Confronting people is serious business and should be treated as such.

The offense shouldn’t be highlighted, but it shouldn’t be glossed over, either. When I confront people at work, I do it with efficiency and a hint of “Come on!” A note of incredulity can be highly effective. It can shock the other person into seeing the situation in a different way.

It’s OK to seem annoyed and offended. Unburdening yourself of those feelings can be an important release, and it starts things off in an authentic way. But to help the other person help you fix the problem, you have to quickly dispense with the offense. You have to move on to the point of the conversation.

If your anger rises, if your annoyance defines the conversation, then you’ll come across small and weak. As powerful as bluster seems, it only makes us smaller. Which is ironic, because what you’re doing—trying to correct a problem—is a noble thing.

Things you should try not to say during a workplace confrontation

Before confronting someone, have a plan. Resolve to point out the offending behavior, why it’s offensive and how you think things will change for the better for both of you if the offender and you change your behavior.

Wait! If the offense feels acute, wait a few minutes or, better, a few days before responding. Emotion will cloud your message.

Wait! First, decide if you’re dealing with a clash of personalities, a clash of egos or a clash of your career against someone
else’s undermining behavior. Then proceed.

Wait! Keep in mind that there’s a good chance the other person has no idea how their behavior is affecting you. Now proceed.

Wait! Try to see the situation from the other person’s perspective.

The most important thing is: Speak calmly. Tamp down emotion. But don’t be robotic.