The average cost of a holiday for a family of four in Europe is more than £2,000 and to travel to the US you can expect to pay £4,000. Fortunately, with the help of online discounts and deals, there are plenty of ways to cut costs.

The good news is that cheaper flights helped push the rate of inflation down to its lowest level for four-and-a-half years in May. The bad news if you are travelling during the school holidays is that this might not make much difference since it is peak time, when rates are at their highest. Bob Atkinson, a travel expert at Travelsupermarket.com, says: “You can save money by tweaking your travel plans slightly. Most people travel Saturday to Saturday. Instead of flying on a weekend, leave midweek, which can shave around 25 per cent off the bill.”

For example, Gatwick to Malaga with Easyjet costs up to £275 if you fly on a Saturday. On a Wednesday the price drops to a maximum of £162 — that is a hefty saving of £113 per person.

Use a comparison site to check out all the airlines going to your destination so you can fully compare prices. Skyscanner.com, a flight-finding website and app that can also be used to compare the cost of car hire and hotels, is one of the most popular. Other sites worth checking include momondo.com and kayak.co.uk. 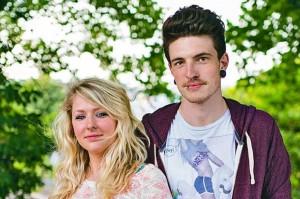 Book your airport parking in advance. The cost of long-stay parking at Heathrow for two weeks, for example, could cost £285. However, even booking online just a few hours before you travel will reduce that to £193. Book just 24 hours before leaving and the price drops to £83.90.

You can save even more by using off-site car parks owned by third-party companies. These then lay on transport to the terminal building, but check the terms and conditions carefully in case there are any catches. Airport-parking-shop is a website that compares prices from seven of the UK’s biggest parking providers.

Hotels can be expensive but there are plenty of websites which will help you to stay somewhere luxurious and affordable. Hotwire.com lists “secret” deals at hotels around the world. It has about 30,000 discounted rooms and works with the Hyatt, W, Hilton, InterContinental and Westin groups among others.

Hotels list unsold rooms on Hotwire’s website at a discount, on condition that the name of the hotel is not disclosed until the booking is complete.

If you really want to save money on accommodation, try one of the websites that allows you to rent a home for your stay. The likes of airbnb.co.uk or onefinestay.com allow you to take over an apartment or house for less than the price of a hotel stay. A house with a pool in Miami costs from £91 a night. You would pay at least £140 a night for an equivalent hotel — a saving of nearly £700 over two weeks.

You could also consider a house swap and avoid paying anything at all, although this takes more organising to find dates that suit both swappers. Have a look at homelink.org.uk or lovehomeswap.com.

Websites such as lastminute.com and travelzoo.com can help you find cheap breaks. Only 40 per cent of travellers look for deals by booking flights and a hotel together, missing out on savings of £200, according to Expedia.

Mr Atkinson says: “Packages are worth looking into because where there are unsold seats, the cost of holidays plummets.” For example, today the price of a seven-day holiday in a five-star hotel in Egypt with Thompson has been cut by £243, so you pay just £323 each. Leaving next week, you can bag a week in Greece for £120 — down from £540. The discounts are less prominent during the school holidays but it’s still worth checking the deal or offer sections on tour operators’ websites.

Mr Atkinson says: “All-inclusive breaks can help those who want to stick to a budget. Just watch out for the small-print exclusions. For example, in some resorts, only local drinks are included, and a decent wine in certain far-flung places can be expensive, so don’t forget to factor that into the overall cost.”

America is the cheapest place to hire a car, and Portugal and Italy the most expensive, according to calculations for Times Money. Orlando, Florida is where you will pay the least, according to iCarhireinsurance.com, costing £164 for the week. Turkey, Holland, Germany and Belgium make up the five cheapest destinations. At the other end of the scale, Faro, Portugal, is the most expensive, costing £630 on average. Watch out for extras that can add as much as £331 to the cost, comprising excess insurance at £99, an extra driver at £48, a sat nav system (£69), a child’s car seat (£62) and a full tank of petrol (£52).

Use websites such as holidayautos.co.uk, auto-europe.co.uk and rentalcars.com to compare hire prices. Hiring a small family car for two weeks, picking it up at Pisa airport, ranges from £359 with Europcar, to £538 with Sicily by Car, according to rentalcar.com.

The biggest single outlay when a traveller picks up their hire car is the collision damage waiver, which is usually charged daily and can add hundreds of pounds to the cost. You can save money by arranging the cover beforehand yourself, using sites such as iCarhireinsurance.com, insurance4carhire.com or theaa.com. Standalone cover is sometimes built into travel insurance policies, but only the most comprehensive ones. If you damage the car you pay the car hire firm the agreed excess, and then reclaim it.

More ways to save

– Many of us pay over the odds for travel insurance by failing to use a comparison site to find the best value. It is not the lowest price you should look for, because the cut-price deals are likely to be riddled with exclusions, meaning that any claim is likely to be refused. Travelsupermarket recommends settling for no less than £2 million for medical expenses, £1 million for personal liability, £3,000 for cancellations, £1,500 for lost or stolen baggage and £250 for cash.

– Don’t forget to take your European health insurance card (EHIC), which entitles EU citizens to free public healthcare. Crucially, in most cases your insurer will not charge you an excess if the EHIC has been used.

– Shoppers hold an estimated £1.3 billion of savings in unclaimed loyalty points, according to research commissioned by Gocompare.com. You could cut the cost of a holiday by using rewards points and airmiles for travel. For example, you can exchange Nectar points, earned by shopping in Sainsbury’s or filling up at BP garages, for flights with Easyjet. Or use Avios points earned on a Lloyds Avios credit card for hotels, flights with British Airways or journeys on Eurostar.

– Ernest Doku, a telecoms expert at uSwitch.com, says: “Before you go abroad make sure to contact your mobile phone network to check how much it will cost you to use your phone, and whether they offer roaming bundles. Nearly all major networks now offer these.”

If you want to make calls and send texts while you’re away, buy a local SIM for your handset as this will be much more cost-effective. Making the most of free wi-fi in hotels and cafes means you can switch your data roaming off to keep costs down.

Be ready for flight delays

If you are delayed getting to or from your destination make sure you know when you can claim compensation, and don’t be fobbed off if your claim is ignored.

Holly Niblett and her boyfriend Jon Partridge, 22, went to Portugal two weeks ago. The couple, who live in Bristol, had to wait more than four hours at Faro airport when their Easyjet flight was delayed.

Ms Niblett, 25, a web developer, says: “They gave us vouchers for €4.80 but you could only spend them in one cafe or on the plane.”

The delay was caused by a fire at Bristol airport. If a flight is delayed for more than three hours due to circumstances within the airline’s control you can claim €250 under EU rules by writing to the airline.

Ms Niblett’s travel insurance will cover the expenses incurred by the delay, including food and drink and the parking bill of a friend who came to meet them.