Middle-class households grappling with the rising cost of living and frozen wages are becoming more savvy by ensuring they are paid to shop — by using reward credit cards.

Cashback is the reward of choice for 43 per cent of UK consumers, closely followed by retail vouchers at 40 per cent and hotel stays at 23 per cent.

There are 91 reward cards on the market, according to Moneyfacts, the data provider.

Kevin Mountford, head of banking at Moneysupermarket, says: “What you earn throughout the year can be put towards a summer holiday or, in the case of reward cards, used at the end of the year to help pay for Christmas. However, these cards only work for those who are disciplined enough to pay off the balance every month or at the end of any zero per cent period. Putting yourself in a position where you will be charged interest will instantly put a dent in any cashback you have accrued throughout the year.”

We look at some of the best deals on the market:

Santander’s 123 card offers different levels of cashback depending on where you shop. You get 1 per cent at all major supermarkets, including Sainsbury’s, Tesco, Asda and Morrisons, 2 per cent at department stores including John Lewis and Debenhams, and 3 per cent at major petrol stations, National Rail and Transport for London. The card comes with a fee of £24 a year. 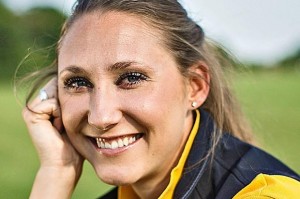 With a Sainsbury’s Finance Nectar credit card you earn two nectar points for £1 spent on fuel and one point for every £5 spent elsewhere. Points can be exchanged for Sainsbury’s shopping, days out and flights with Easyjet. Every 500 points is worth £2.50 off your booking. It also offers 0 per cent for 16 months on purchases.

The Lloyds Bank Duo Avios card comes with an American Express card and a Mastercard. Avios is the shared reward programme for British Airways Executive Club and Iberia Plus. It offers 0 per cent for three months on purchases. You earn more Avios using the American Express card at 1 Avios for every £1 spent compared with 1 Avios for every £5 spent on the Mastercard. Points can be exchanged for flights with British Airways, journeys on Eurostar and hotels. For 9,000 Avios you can fly to Nice, for example, plus a payment of £35 to cover airport taxes.

There are 12 cards that come with an annual fee, according to Moneyfacts, which eats into any gains. The majority are charged on reward cards and range from £25-£150. The most expensive are the Emirates Skywards Elite card and British Airways American Express Premium Plus, both at £150 a year. The MBNA Virgin Atlantic Black card costs £140. Of the cashback cards, the Capital One Aspire Elite MasterCard carries a fee of £120 a year, the Santander 123 MasterCard costs £24 and the American Express Platinum Cashback card costs £25.

Charlotte Nelson at Moneyfacts says: “If your reward card contains a fee, you need to bear in mind that they will need to make enough gains to outweigh the cost of the card.”

Case study: “I am now saving for flights to Argentina”

Charlotte Barrett-McGowan, from Copthorne in West Sussex, is applying for a Lloyds Bank Duo Avios card that will earn her Avios points to redeem against flights, hotels and Eurostar tickets. Charlotte, 25, who manages a polo club in Sussex, already collects Avios and last summer used them for flights to Portugal. She says: “I had to pay taxes of £35 and that was it. I am now saving for flights to Argentina so having the Lloyds credit card will help.”