No matter how much effort has been put into a product launch, all of that can mean nothing if a product either doesn’t manage to find its audience to the extent that it damages your company’s reputation, or it doesn’t work as advertised, despite rigorous testing. So whilst the idea of a Product Recall might very well send a chill up your spine (and down your wallet), sometimes it’s unfortunately necessary. Any company that’s been trading for a while will at some point be forced to use a product recall service, but that doesn’t necessarily have to mean its game over for your company. Indeed, the very fact that you’re taking such drastic steps to prevent your business from failing at least shows that you’re in it for the long haul.

Here we’ll be running through a few of the basics steps you’ll want to consider when having a product recalled.

Co-operation is key – You’ll learn quite early on in the product recall process that you are not alone. The process will probably involve not only your company, but customers are possibly even a government agency. Co-operation will help the process move along a lot quicker and always remember it’s in your best interested not to compete with any of the other involved parties. The same is true if you choose to hire a third party to assist you with the process, though in this case, you might be better off letting them handle the interactions.

Keep it simple – Make the process of returning the product easy for your customers. Chances are that if you handle the situation well, they might come back to you as a loyal customer in the future. You could also try offering some form of compensation in particularly severe circumstances.

Money is no object – Recalling a bad product might prove costly, even if you choose to work with a third-party Field Marketing Services agency who know what they’re doing, but failing to recall can ultimately cost you a lot more, both financially and in terms of your reputation. Remember, sometimes people will remember how you handle a crisis more than the crisis itself, so you could look at it almost as buying yourself some positive publicity.

Get out ahead of it – If you discover a problem with your product, don’t wait until the consumers figure it out as time is not a luxury you can afford here. Act fast and pull the product from the shelves before the backlash gets out of hand. People will always remember how long it took you to act, so even if you eventually do the right thing, nobody will care. It’s harsh, but it’s the truth! Another reason to act fast is that if you wait too long, your product might be forced off the market, especially if it’s potentially dangerous. A company should be more concerned about the fallout from products that should have been recalled, than the fallout from products that need to be recalled.

Don’t shirk responsibility – If you’ve got a faulty, poorly made or potentially dangerous product out on the market, it doesn’t matter whose fault it was because ultimately, the consumer, and the world-at-large, isn’t going to care. They’ll just see your company name and your product. So don’t waste time assigning blame. If your name is on the product and the company, it’s your responsibility. Wait until after the recall is finished until you start portioning out blame. 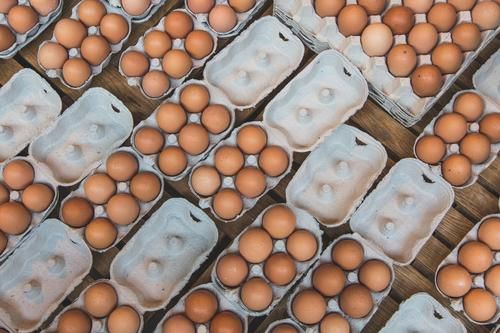 Apologise – Just because you say you’re sorry, that doesn’t necessarily mean you’re admitting any guilt. Apologise for the inconvenience the recall has caused and let your consumers know that you’ll take every precaution to make sure it doesn’t happen again.

Communication is a must – Just announcing the recall on the company website and expecting everyone to get the message is just not realistic. With all of the outlets afforded by social media, it would be foolish to not use them, so make sure the company Facebook, Twitter and LinkedIn pages all have the recall listed as urgent news. Also, make sure all of your employees know so they can help spread the word. There’s nothing worse than a product recall that people assume you tried to hide. So be as transparent about it as possible before rumours begin to spread! Because once a negative rumour has reached the internet, even if it’s completely false it might as well be true.

Investigate the cause – People will generally forgive one or two mistakes, but if you keep making mistakes they’ll be less willing to let it slide. So investigate what went wrong with this product and make whatever changes are necessary so that you can be sure it won’t happen again.

Preparation – Keep all of these tips in mind because it pays to be prepared for a crisis. Make a plan of action now so you know exactly what to do and how to do it when disaster strikes!