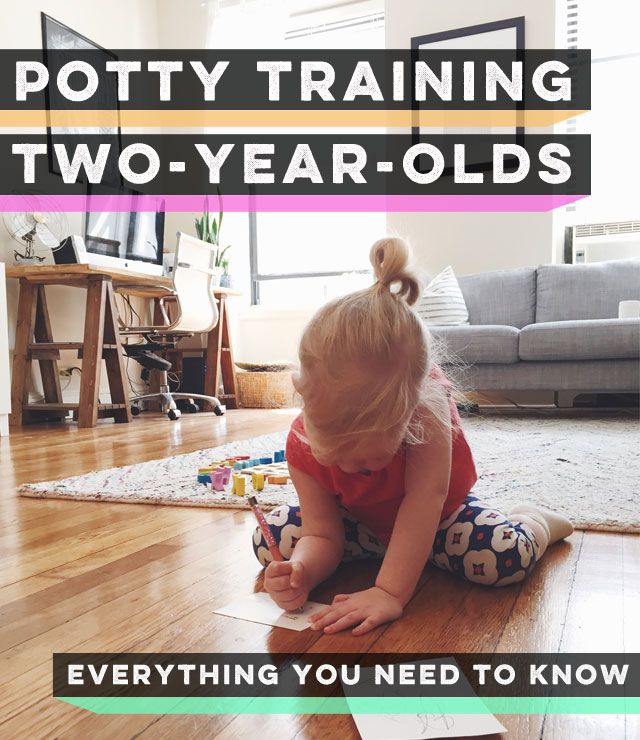 As many of you know, I was determined to try potty training Sally before the new baby came. I wanted to slash our diaper expenses as well as the number of diapers I had to change on any given day. Well, one weekend when I was 34 weeks pregnant, I went for it.This has been a hard post to write, not because I don’t have plenty to say on the topic. Trust me… I have more than plenty. But it’s complicated. Potty training’s not as straightforward as everyone would have you believe, which I quickly learned. There’s no 3-day potty training magical method. There’s not even a week-long magical method, at least with a two-year-old. Potty training’s a process. And so I’ll share our process (which is still ongoing), and everything we’ve learned along the way.

I decided I’d try the three-day method of potty training. I read all kinds of different perspectives and advice and compiled what I thought would work best for Sally at her age (which was 26 months). So this is how it went down:

The day prior to Sally being potty-trained, we talked about how the next day she would wake up and start going pee in the potty like a big girl. And then the morning of, she woke up, I took her diaper off, and let her be a free woman. She wore no pants or underpants of any sort, to help her be more aware of her bodily functions.

We set up shop in the living room, and I let her drink undiluted juice and we watched movies and played with toys. I rolled up the rug and laid washable blankets down on the hardwood floors so she could still have a somewhat soft place to play. Since our apartment is really small, I decided to just have her use the bathroom right from the start, rather than having a potty chair in the living room. I tried to get her to drink as much as possible, which wasn’t very hard when undiluted juice was being offered.

On the first day, I would have her try to go to the potty every 25 minutes or so. I told her she didn’t have to go, but she just needed to try. Right off the bat, Sally had two accidents in a row. I didn’t get upset at all (even though watching your child pee all over the floor is mortifying). I’d read that positive reinforcement is key, and this rang true for us. We just cleaned the accidents up together with Clorox wipes and paper towels, and I reminded her that pee goes in the potty.

And then she started to get the hang of it. She had a few successes going in the potty, which was wildly exciting, and I’d get over-the-top excited for her (Sally!!! You did it!!!! I’m so proud of you!!!!)and give her a jelly bean as a reward. And then she started resisting going. Or she’d try to go, do nothing, and then pee on the floor a few minutes later. The whole day switched off between success, semi-success, resisting, and failure. The entire day required that I watch her like a hawk, which was by far the most exhausting aspect of potty training — the mental focus it required from me. I couldn’t do anything but watch her every move for cues that she needed to go. I was completely worn out by the end of each day.

Day one was the hardest day by far, and each day got a little easier from there. On the second day, I extended the time between asking her if she needed to go to the bathroom. And by day three, I waited an hour between asking. Each of those days, she had two accidents and the rest were successes. After three days, she definitely had the concept down. So I guess that’s where the “three-day method” comes in. But she still had a long way to go. After day two, I started letting her wear big-girl panties (with Elsa, Anna, and Olaf on them), which she really loved. We also left the house for the first time, which went surprisingly well.

And now, seven weeks later, here are some tips and tricks we learned along the way, as well as some aspects of potty training I didn’t expect.

The jelly beans soon lost their appeal. A friend suggested a sticker chart, and Sally was hooked. Each time she was successful, she got to add another sticker to her chart, which we taped to the bathroom wall, at her level. It was extremely effective, much more so than candy.

When we go out for more than an hour, I put Sally in a pull-up, just in case. Her pull-ups are Thomas the train, which is her favorite character ever, so she’s very intent on keeping him dry. We say, “Is Thomas dry?” or “You kept Thomas dry!! Good job!” Or on a few very rare occasions, “Uh oh. Sally, Thomas got wet!! That’s so sad! Poor Thomas.” And having her in pull-ups takes the stress off of me, especially in NYC where public restrooms are scarce.

Also, it took Sally a couple of weeks before she would poop in the potty. And even still, she only does it about 75% of the time. The other 25% is at night when she’s wearing a diaper. Once again, we’re just letting this work itself out. It’s kind of a traumatic experience for a little kid, so we’re letting her take her time with perfecting this.

Diapers at Night for Crib Babies

Since Sally’s still in a crib, we have her wear diapers at night. Sometimes she keeps them dry, and other times she doesn’t. But we’ll figure this one out when she gets in a big-girl bed. However, per a recommendation of one of my older sisters, we refer to them as her “nighttime panties” to help completely separate her from diaper wearing.

After a week, Sally was an all-star potty-goer. But everyone warned us that she’d backtrack a little bit. And she did about a week and a half into it. She had accidents all day long. I was so frustrated and exhausted by the end of that day! I think she was just testing her limits because she was great again after that day.

While Sally was really sick in the hospital, she wore a diaper. At the time, I couldn’t have cared less, but I kind of accepted that her potty training would be totally ruined after two days of being in a diaper again. Much to my surprise, she came home and picked up right where we left off! She told us she needed to go pee and didn’t have a single accident.

Using the Big Potty from the Start

Although I bought a little potty, I gave Sally the option of using the normal toilet, too. And I encouraged the normal toilet as well. As a result, that’s all Sally has ever used. Even at her young age, she’s learned to hold herself up on it all alone and to hop off of it onto a stool. We still have to help her get on it, but it’s been nice not having to worry about a small potty. I’d suggest giving your child the option and seeing if they’ll go for it!

So would I potty train a two-year-old again? Absolutely. I never once thought Sally was too young to understand. After the first day, she got the concept. She woke up that second day saying, “I not wear diapers anymore!” The first thing she said this morning was, “I peed my pants!” because she was alarmed that her diaper (aka, her nighttime panties) wasn’t dry. And we explained that sometimes when you sleep, it’s harder to keep your pants dry. She yells, “I need to go pee!” and “I need to go poop in the potty!!” over and over anytime the urge hits her, including at the pediatrician. So, yes, she gets it. The ability to communicate well has definitely been a key to success.

The most important thing I learned from this process was that it IS a process. And every kid is different. Find what makes your kid tick, and run with it. These are just my tips and tricks from a sample size of one. But hopefully some of it somewhere helps fellow parents in the throes of potty training.

Fellow parents of potty-trained kiddos, what tips and tricks would you add? Also, everyone who laments that potty training sucks isn’t exaggerating one bit. It sucked. But I’m sure glad I did it.