SAVE €1,000 or more in your lunch hour. This is not the boast of a get-rich-quick scheme advertised on daytime television; it is what 20% of those surveyed by the National Consumer Agency (NCA) said they did within three months of attending a talk called Money Skills for Life.

The talks are organised by the NCA in workplaces at no cost to employers, and delivered by financial experts whose day jobs are in banks or state agencies such as the NCA or the Money Advice and Budgeting Service (Mabs). Banks provide their staff free of charge, as a small gesture of good corporate citizenship they insist has nothing to do with the €64bn bailout they received from taxpayers. More than 7,000 workers from around Ireland attended the NCA’s lunchtime talks in 2013.

“The programme provides employees with free, impartial and independent financial education to help them manage their money better and make decisions about their finances that are best suited to their needs,” said Fergal O’Leary of the NCA. “We deliver talks to groups from five to 300 on factory floors, in canteens and meeting rooms.”

Curious to discover what attendees had learnt, The Sunday Times sat in on one of the lunchtime sessions last month, given by Dermot O’Sullivan from Bank of Ireland to about 20 employees of Smartbox, a Dublin company that organises events which customers give as gifts. Six financial topics were covered in the hour-long session.

To save money, participants were told they must first discover how they use it. This involves keeping a spending diary for at least two weeks. “Every time you put your hand in your pocket, even to buy a cup of coffee, keep a record,” O’Sullivan said. 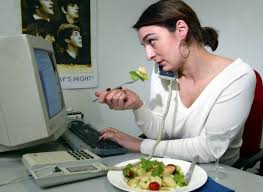 This sounds like an exercise in drudgery but three of the participants already had spending diaries. One reported that the discipline of tracking expenditure had helped her reduce supermarket spending from €600 to €500 a week, despite the arrival of a new baby.

Her colleagues offered a string of other money-saving tricks: switching energy and health insurance providers, ditching money-guzzling luxuries such as takeaway coffees and magazines, spreading grocery shopping over several supermarkets to make the most of special offers and refusing to accept insurers’ renewal quotes at face value.

A 184-page handbook distributed by the NCA included a spreadsheet on which hardcore penny-pinchers can plot their spending against what they had budgeted month by month. Getting a grip on their finances would allow participants to set some goals for their money.

An overriding goal, according to the NCA, is to accumulate an emergency fund of at least three months’ pay. This is to cover unforeseen circumstances such as large medical bills or a drop in income.

Squirreling away savings in a bank account might not be the smartest move because returns are so low. According to consumerhelp.ie, a website run by the NCA, the most that a lump sum of €3,000 could earn on an instant access deposit is €69 a year from KBC Bank. After deposit interest retention tax, the return drops to €41.

“Sometimes you’re better off using savings to pay off loans,” O’Sullivan said. Using the €3,000 to pay off a credit card bill, for example, would save €570 a year, assuming an interest rate of 19%.

Savers also need to think beyond their existing banks to get the best deals. “Bank of Ireland won’t tell you about the products offered by Allied Irish Banks,” O’Sullivan admitted.

Those chasing higher returns were urged to seek advice before investing their money. Word of mouth is the best way to choose an investment adviser, O’Sullivan said, especially recommendations from family or friends.

Greed can be an investor’s downfall because the better the promised return the more suspect the source. “If an investment sounds too good to be true, it probably is.”

Smartbox employees were told there is good cover and there is worthless cover.

The former might include fail-your-exams insurance that, for a premium of about €20, would fly unlucky students home from summer jobs in America to repeat their exams and then return them to the US for what remains of the summer. The latter might include bike insurance, especially for cycles that are gathering dust in a garden shed.

Insurance is an area where diligent homework can yield big returns because providers usually cave in to pressure for lower premiums, often by matching a competitor’s best quote. “Is saving €40 worth 20 minutes spent shopping around? It’s your decision.”

Some ground rules apply to all insurance. Premiums can be reduced by accepting a higher policy excess. Overinsuring an asset is as big a mistake as under-insurance. To get the right amount of cover for your biggest asset — your home — consult the house rebuilding guide for home insurance from the Society of Chartered Surveyors Ireland.

The length of a loan is almost as important as the interest rate, because the longer you take to repay a debt the more interest you will pay.

“While you might take five years to repay a car loan, holiday loans should be for a year maximum — unless it’s to mark a very significant birthday,” O’Sullivan said. “The trick is to borrow as little as possible for the shortest period at the lowest rate of interest.”

There was no mention that only the most creditworthy borrowers might qualify for banks’ best deals because credit remains in short supply. Credit unions were also overlooked, even though they may offer cheaper rates and easier terms.

Any suspicion of a pro-bank bias were dispelled when the discussion turned to tracker mortgages. Participants lucky enough to have these low-cost loans were urged to hold on to them because, once sacrificed, a tracker is lost forever. In an unusually frank admission for a banker, O’Sullivan warned: “If banks have the option to take a tracker from you, it will be exercised.”

It is inevitable that some of those attending the money skills for life talks were among the 18% of mortgage holders who are in arrears.

Such borrowers were urged to visit keepingyourhome.ie, a website run by Mabs and the Citizens Information Board that lays out the options for those homeowners in arrears, including their protections under the law.

O’Sullivan had a clear message for those debating which of their creditors to pay first: “Your priority is your house — not the car loan or the credit union loan.”

Those struggling to pay their mortgages should consider taking in a lodger, he said. Under Revenue’s rent-a-room scheme, homeowners can earn up to €10,000 a year tax-free by renting out a spare room.

Smartbox’s employees were urged to join the company’s pension scheme, with the company matching their contributions to a maximum 5% of salary.

“You cannot start a pension soon enough,” O’Sullivan said. “The sooner you start, the more tax you will save.” The challenge has just increased because those retiring from this year must wait until 66 to qualify for the state contributory pension. It will be at least 68 by the time Smartbox’s employees end their working lives.

To get a handle on how much to save for a comfortable retirement, participants were pointed in the direction of pensionsauthority.ie, which has an online calculator.

Some things you just can’t put a price on

How much could you expect to save from the budgeting tips given at a money skills for life talk?

The NCA’s survey said participants who claimed to save more than €1,000 had switched childminders and reduced interest bills by changing how they pay their debts. Those who reported savings of €500-€1,000 changed health insurance providers and paid off credit card debts.

Some of these changes involve a lot more than financial considerations. Nobody would choose a childminder on the basis of cost alone. Even if the same standard of care could be found elsewhere for less money, it could be too disruptive to move children from an arrangement with which they are happy.

Trading down to a cheaper policy will save money on health insurance. It could be a false economy, though, depending on the cover that must be sacrificed as part of the downgrade.

Restructuring loans and changing mortgage protection insurance will save money but it could take many years to reap all of the benefits.

Money skills for life covers a lot of ground in just an hour but relevance can be a casualty in whistlestop tours. Participants would gain more if the material was tailored to their needs, especially when they form a homogeneous group. Smartbox employees are in their twenties and thirties, probably more interested in mortgages than in planning for retirement.

This shortcoming is addressed to some extent by a comprehensive NCA handbook distributed to participants, allowing them to delve deeper into the topics of most relevance to them.

The talk scored well for impartiality, with participants getting the type of unbiased advice they might not receive from their local bank branch.